So let’s think about the mechanics behind how money exists today.

Central banks print money out of thin air and they inject that freshly printed currency into stocks and commodities to load up their balance sheet. They do so under the false promise of trickle-down economics, which not many of us regular folk get to see much or any of.

Thus the massive pump we’ve seen not only in crypto, but also the stock market. But because central banks have been printing money like mad, they’re unable to load their balance sheets up anymore otherwise they’re artificially reducing the supply of vital commodities/stocks. If they unloaded their balance sheets supply would overwhelm the market and prices would get destroyed. It is the will of executives that determine when and how much money is printed. The Tomb Finance model is similar with the key exception that code regulates when money is printed and when supply contracts, rather than the whim of central bankers.

When people purchase government bonds, they do so because they have faith the government will make good on that debt that they have purchased in the form of a bond. Belief that a currency has value is a core feature of money. Bond holders are rewarded through lower risk yields generated through the interest obligations attached to that debt.

So $PEAK = Currency
$PONDS = Bonds, or investing in the protocol that assists in restoring the peg that is rewarded upon redemption.
$PRO = Stocks, commodities, etc. Or another way to think about it, ecosystems of value.

We are planning to build novel use cases for the $PRO token with diverse revenue streams to support its growth.

This design works best in growing economies as opposed to stagnant economies, as we’ve noticed with the $USD this falls apart when ecosystems that pin the value of their activities to the $USD are in decline.

Just like how $TOMB did insanely well because it pinned it’s value to $FTM when it was still 30c. Which had 10xd at ATH since then so those that participated in seigniorage did well. If you look at tomb forks on BSC or AVAX however, they didn’t work as their ecosystem captured none of that initial growth. We all agree that $METIS is effectively at the same point before take off that $FTM was when it was 30c. 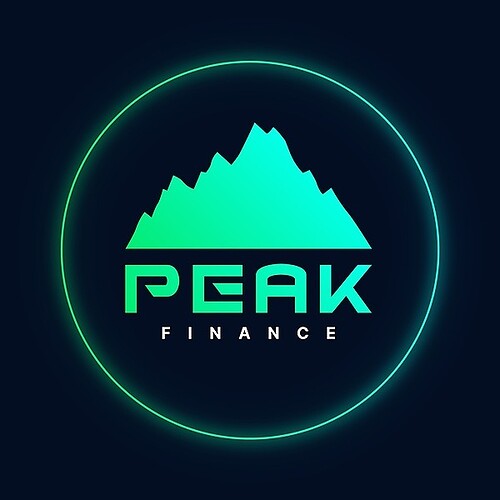 The Future of Finance

The best DeFi project on Metis!

The peak team is just amazing, go talk to them on telegram or discord

Thank you for your kinds words