Built by the Byte Masons, who manage over 500 smart contracts and 9-10 figures AUM,

Granary V2 is able to leverage the Byte Masons’ ecosystem of smart contracts to achieve up to 6% revenue on AUM, a 20x from current competing protocols. It accomplishes this through rehypothecation of unborrowed assets & in-house MEV capture.

Granary is looking to become the cornerstone of DeFi lending by being the most capital efficient money market in DeFi, while also creating positive feedback loops between users, investors and the protocol itself.

Our main goal is to be the most capital efficient lending protocol of DeFi but more importantly usher in actual competition with traditional banks.

DeFi lending protocols are highly resistant to change, with problems in governance. They are also extremely capital inefficient, with problems with low borrow-side demand, and mercenary liquidity that siphons and dilutes users and stakeholders.

Granary solves this by focusing on MEV capture and rehypothecation.

Our team is also responsible for Reaper.Farm, which makes rehypothecation and much more possible. Essentially Granary can create a money market for any digital asset and Reaper can build a variety of strategies for both supply and borrow-side pools.

One of our main goals is to further DeFi composability, therefore Granary users can expect even more transformative utility from our future releases.

Granary and the Byte Masons are compliant and have separate legal entities. Granary itself is composed into a non-profit foundation and contains a token deployer. The foundation is in the Cayman Islands and the deployer is in BVI.

In the next 3 months we look to: 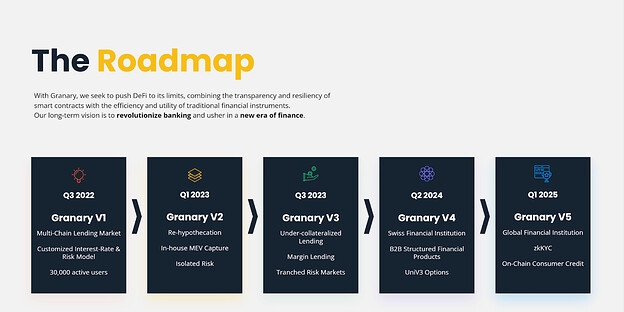 IX. List of Verified Smart Contracts
Full list can be found at Protocol Security - The Granary and GitHub - The-Granary/Granary-Protocol-v1: Granary Finance is a decentralized, user-driven borrowing and lending liquidity market inspired by AAVE..

Is this proposal seeking Metis CVP approval, It’s not stated if it is.

It’s under Approved category, therefore approved by admin and waiting for Community vote!

alright!. Hopefully AAVE deploying on Metis will foster some healthy competition in the Lending protocol category of Metis Defi